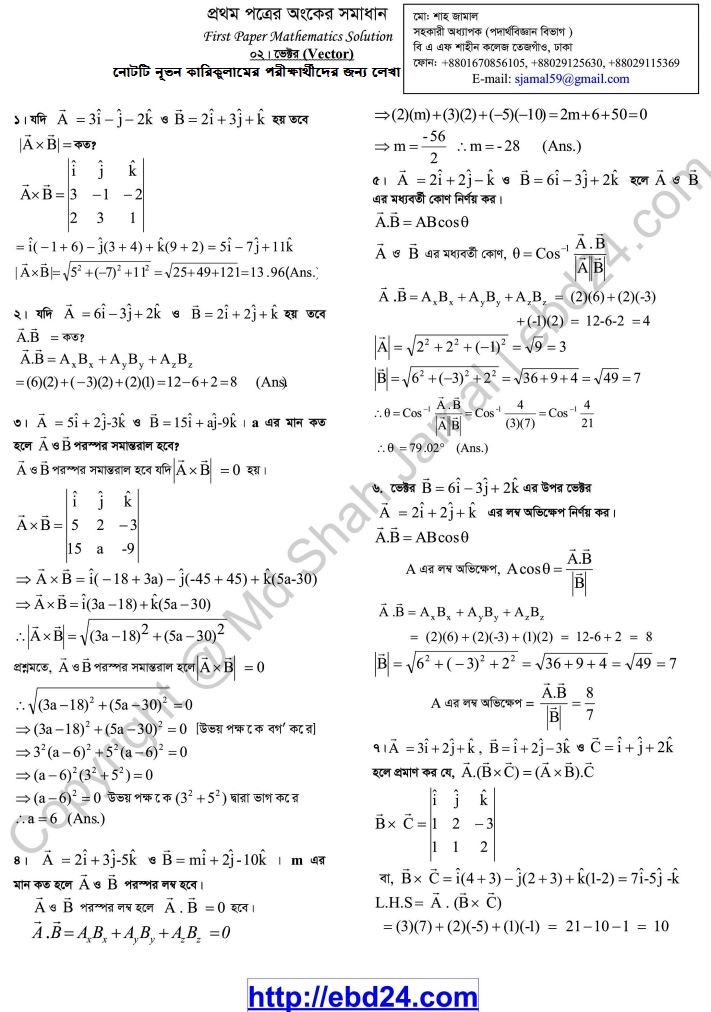 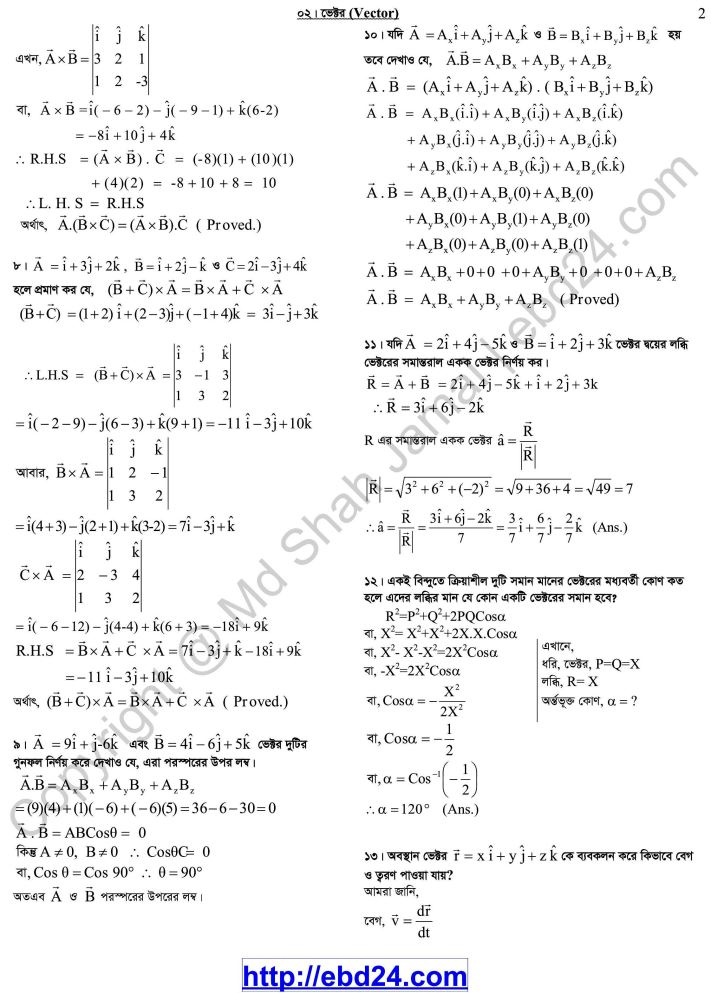 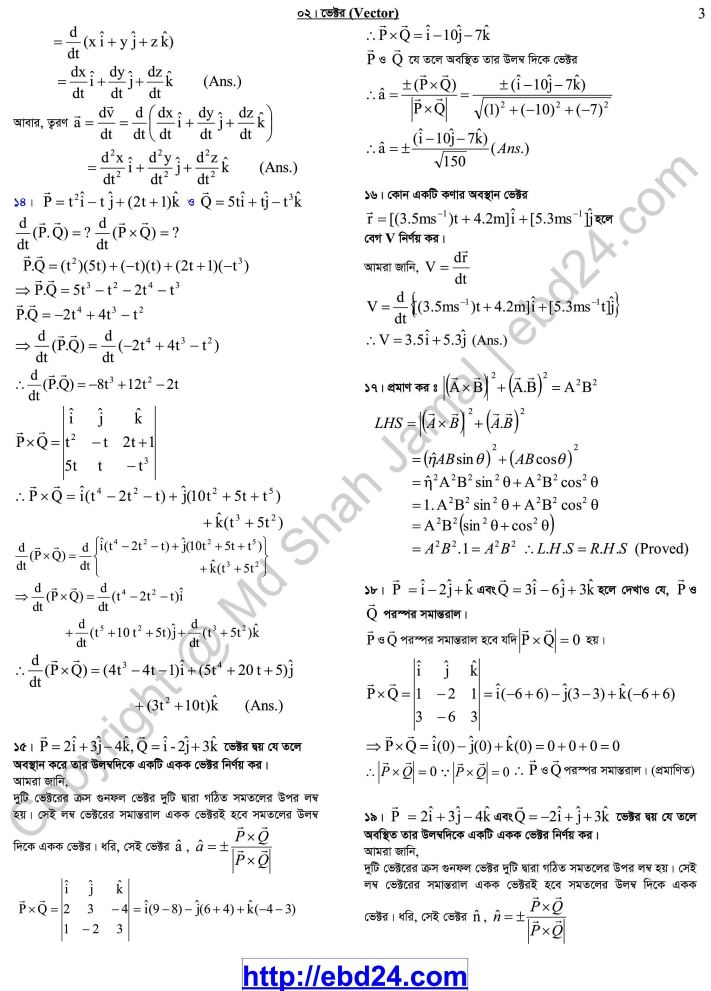 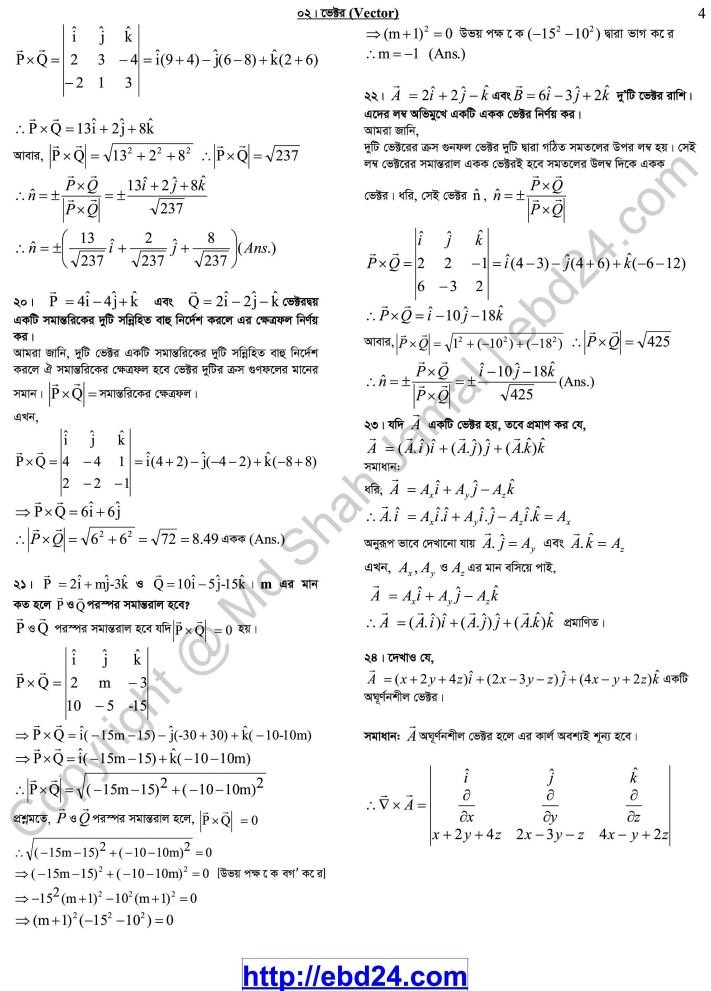 Burgers vector, a vector that represents the magnitude and direction of the lattice distortion of dislocation in a crystal lattice

Laplace–Runge–Lenz vector, a vector used chiefly to describe the shape and orientation of the orbit of one astronomical body around another

Normal vector, or surface normal, a vector that is perpendicular to a (hyper) surface at a point

An element of a vector space

Basis vector, one of a set of vectors (a “basis”) that, in linear combination, can represent every vector in a given vector space

Coordinate vector, in linear algebra, an explicit representation of an element of any abstract vector space

Row vector or column vector, a one-dimensional matrix often representing the solution of a system of linear equations

An element of the real coordinate space Rn

Vector projection, also known as the vector resolute or vector component, a linear mapping producing a vector parallel to a second vector

The vector part of a quaternion, a mathematical entity which is one possible generalisation of a vector

Null vector, a vector whose magnitude is zero

Position vector, a vector representing the position of a point in an affine space in relation to a reference point

Displacement vector, a vector that specifies the change in position of a point relative to a previous position

Gradient vector, the vector giving the magnitude and direction of maximum increase of a scalar field

Poynting vector, in physics, a vector representing the energy flux density of an electromagnetic field

Wave vector, a vector representation of the local phase evolution of a wave

Tangent vector, an element of the tangent space of a curve, a surface or, more generally, a differential manifold at a given point.

Gyrovector, a hyperbolic geometry version of a vector