In any discussion, a literal symbol representing a number may be a variable or a constant. If such a symbol denotes any unscheduled element of the number set consisting of more than one element we call the symbol a variable and the set is called the domains. If the symbol denotes a definite number, it is called a constant. In any discussion, a variable can take any value from its domain, but the value of a constant remains fixed all through 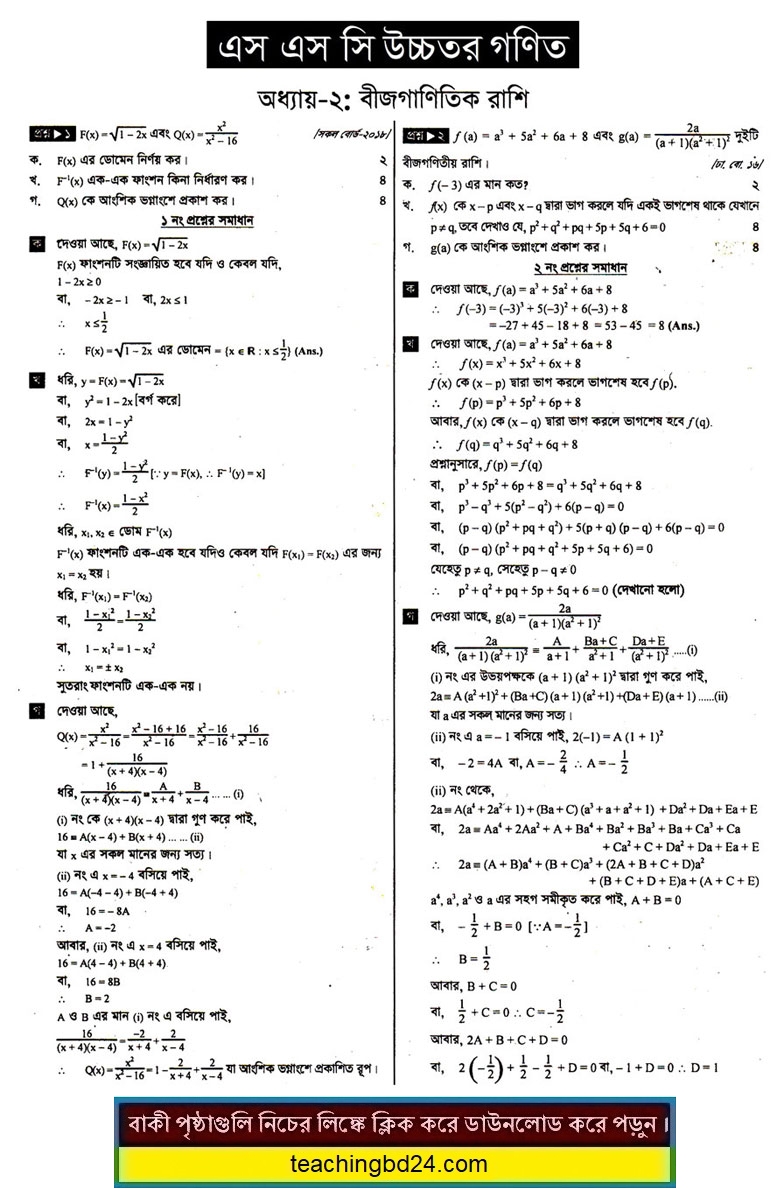 There is no hard and fast rule for factorizing polynomials. Often a factor can be found by suitable rearranging the terms. Sometimes assuming the expression as the polynomial of the variable, we determine one or more than one factors by the factor theorem and considering the cyclic and symmetric properties of the expression, we determine the remaining factors.