SSC English Version Physics Note Chapter 13: Modern Physics and Electronics. At the beginning of the 20th century, a new era has been introduced in the field of physics. During this time, the theory of relativity and quantum theory have been invented. To explain the motion of high-speed particles and the various phenomena of nuclear and atomic physics these two theories were needed. Besides, electronics has reached a more developed stage through the process of evolution, as a result of which we become able to construct and use various developed devices of information and communication. Thus, modern physics has been evolved.  In this chapter, we shall discuss radioactivity, radioactive particles, and rays, the gradual development of electronics, semiconductor, and the integrated circuit, different electronic devices, microphone, speaker, radio, television, phone, fax machine, internet, and e-mail. 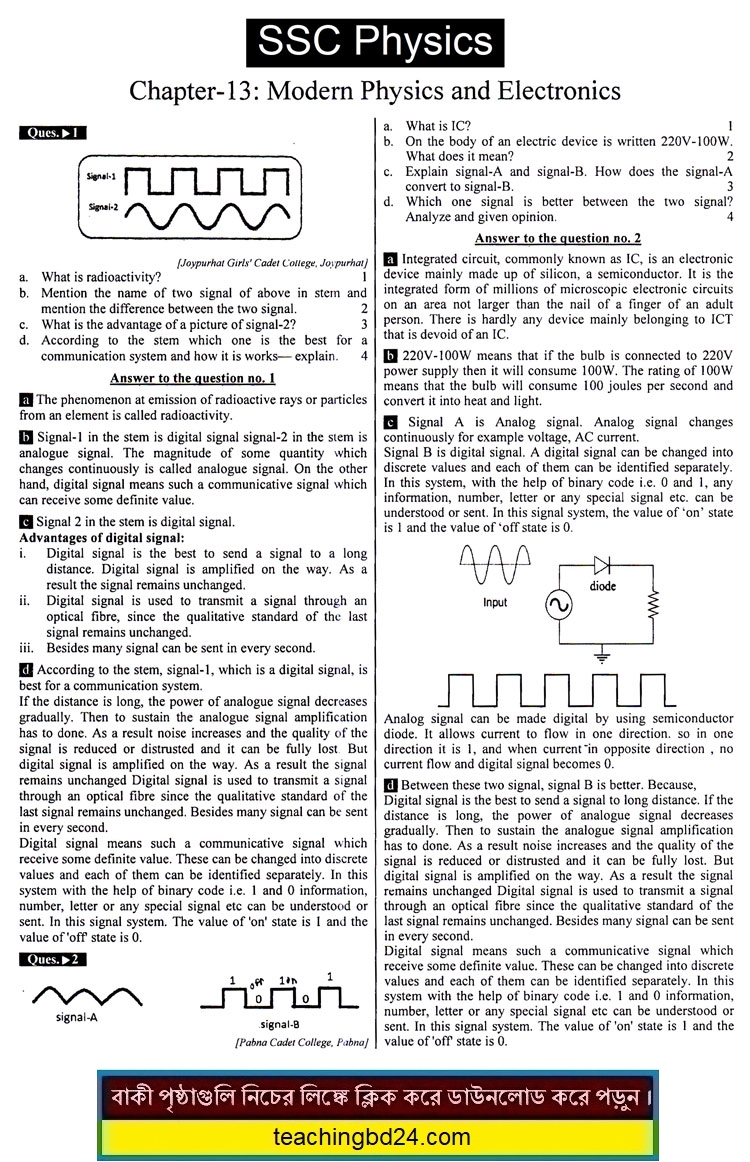