SSC Eglish 1st Paper Question 2015 Chittagong Board. English is a West Germanic language that was first spoken in early medieval England and is now the most widely used language in the world. It is spoken as a first language by the majority populations of several sovereign states, including the United Kingdom, the United States, Canada, Australia, Ireland, New Zealand and a number of Caribbean nations. 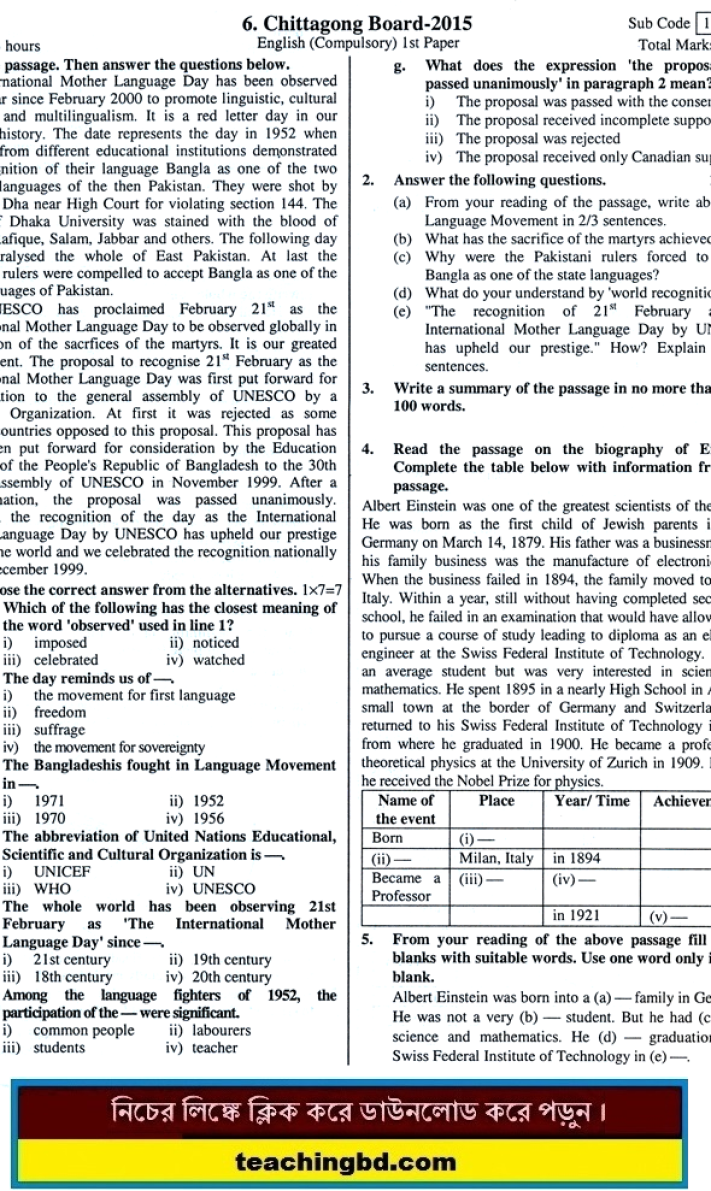 It is the third-most-common native language in the world, after Mandarin Chinese and Spanish. It is widely learned as a second language and is an official language of the European Union, many Commonwealth countries and the United Nations, as well as in many world organisations.

teachingbd24.com is such a website where you would get all kinds of necessary information regarding educational notes, suggestions and questions’ patterns of school, college and madrasahs. Particularly you will get here special notes of physics that will be immensely useful to both students and teachers. The builder of the website is Mr. Md. Shah Jamal Who has been serving for 32 years as an Asst. Professor of BAF Shaheen College. He expects that this website will meet up all the needs of Bengali version learners /students. He has requested concerned both students and teachers to spread this website home and abroad.