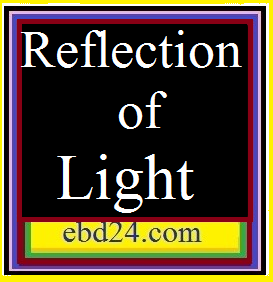 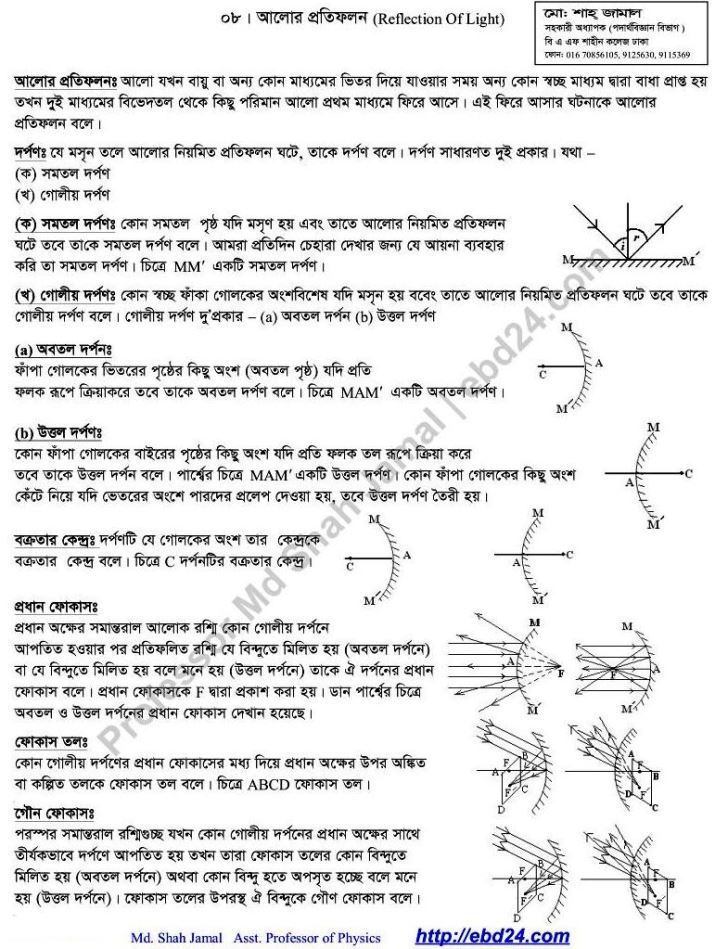 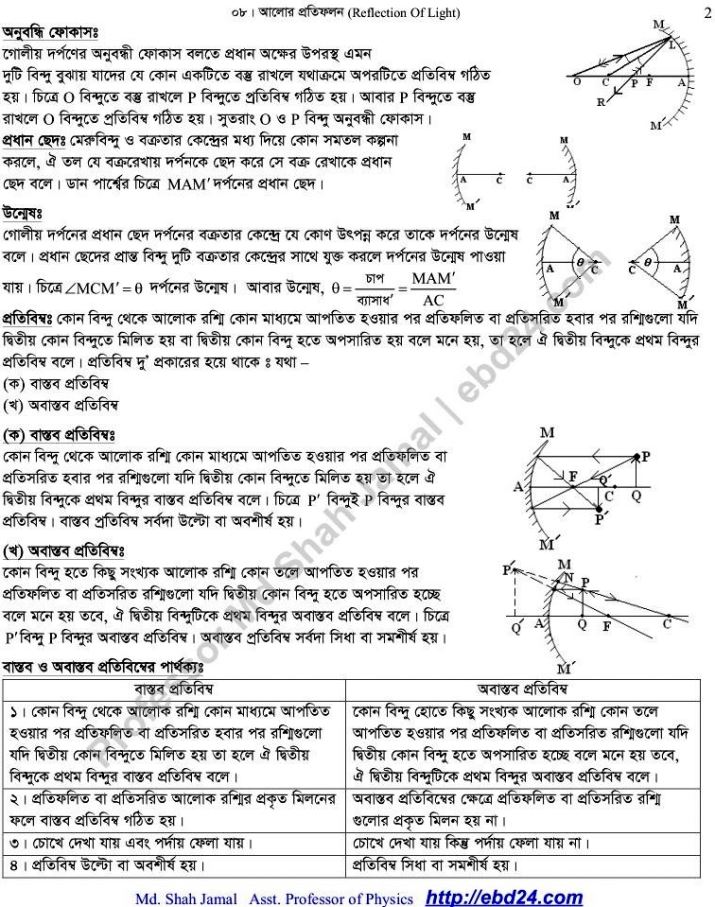 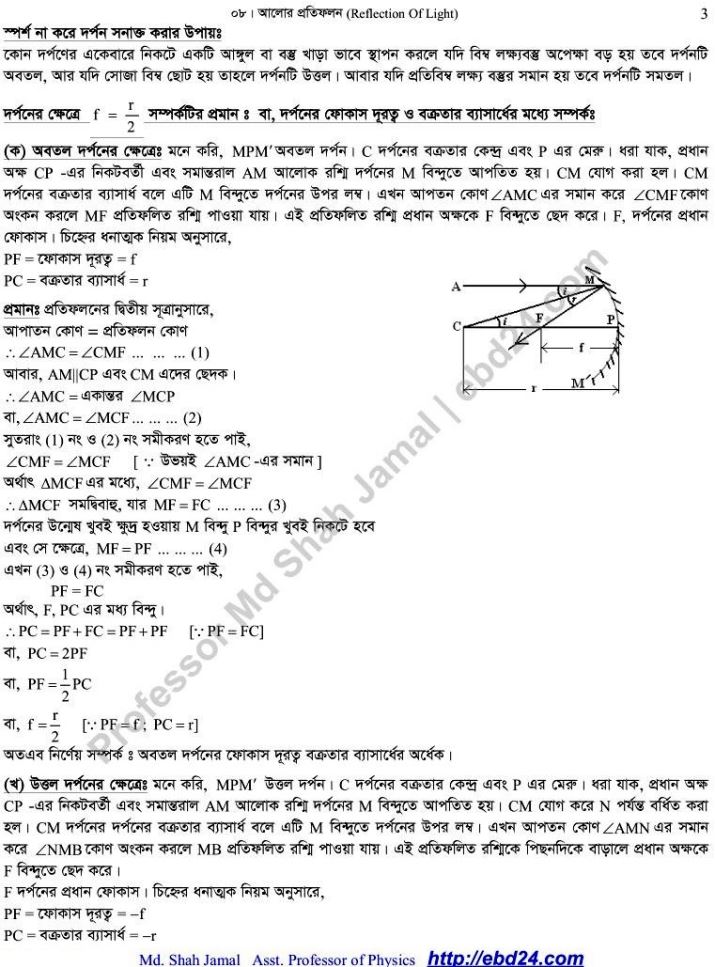 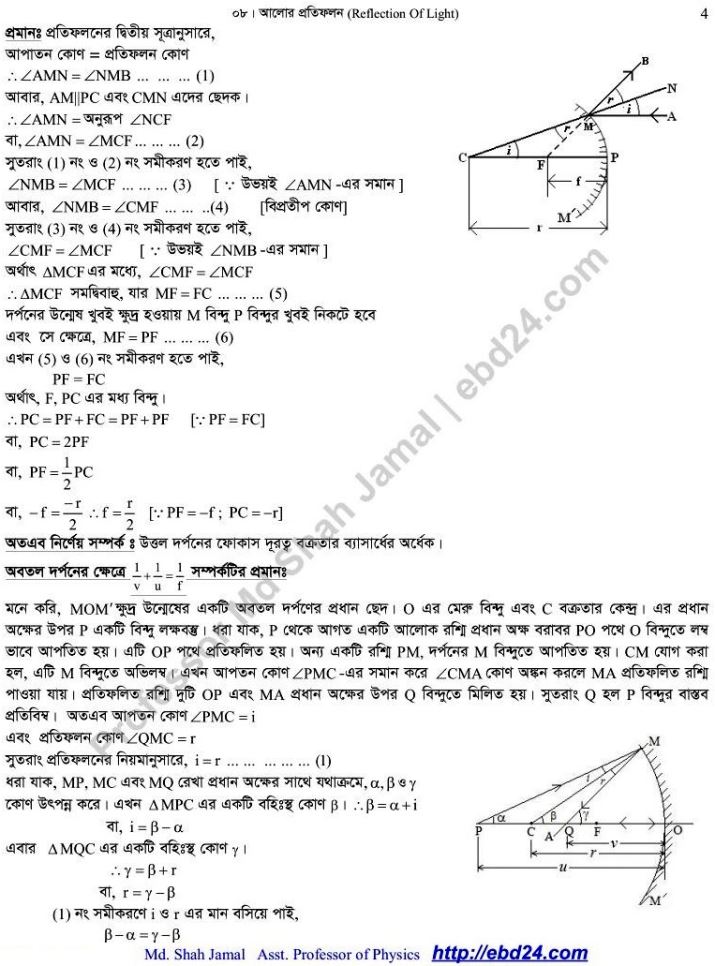 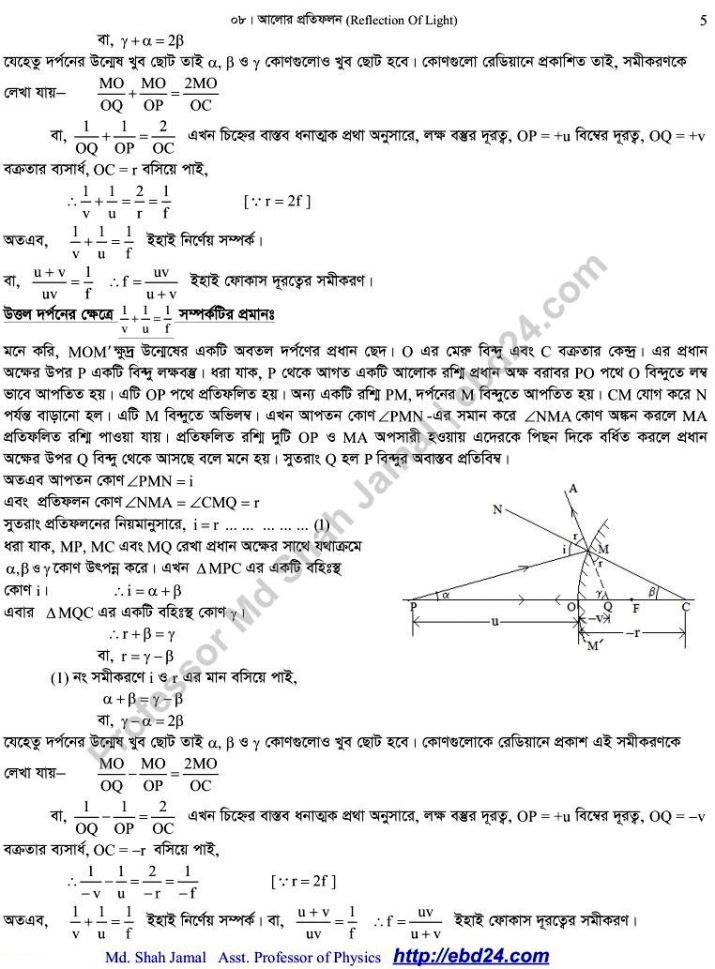 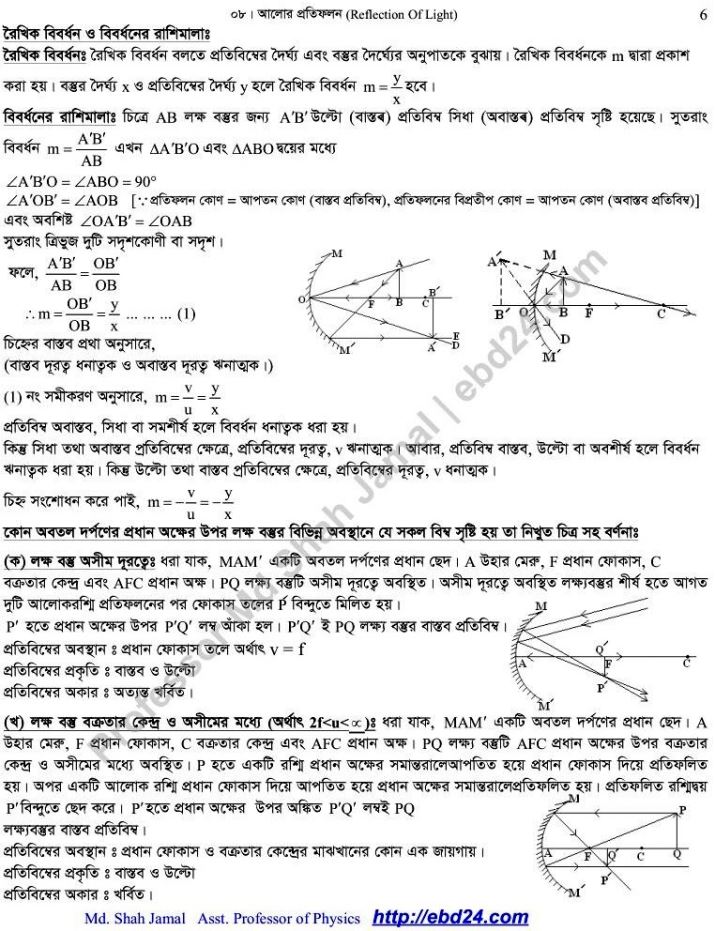 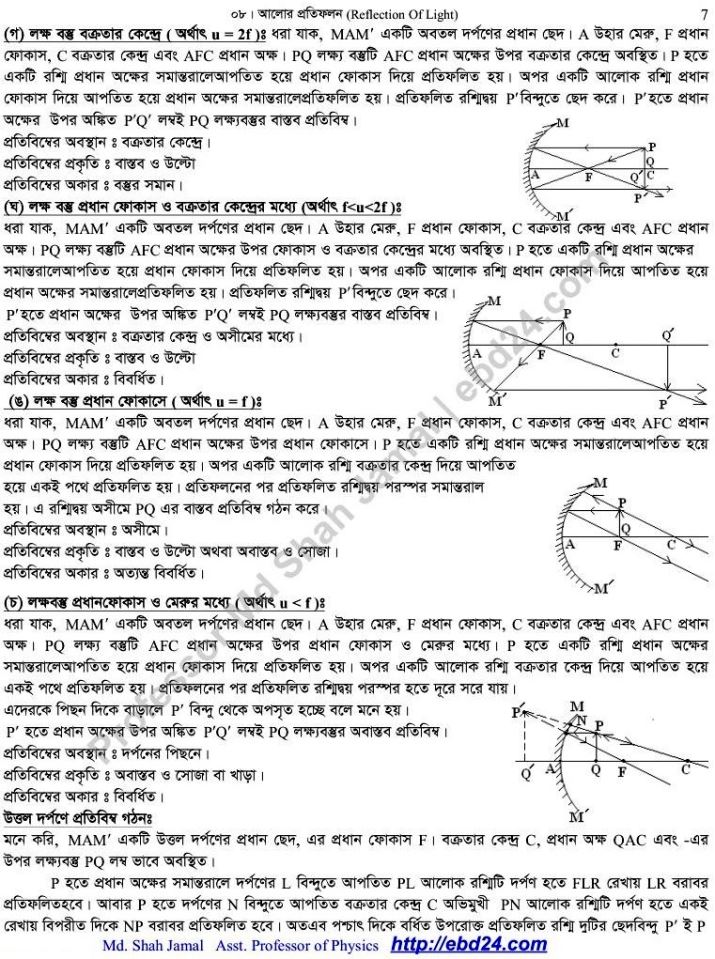 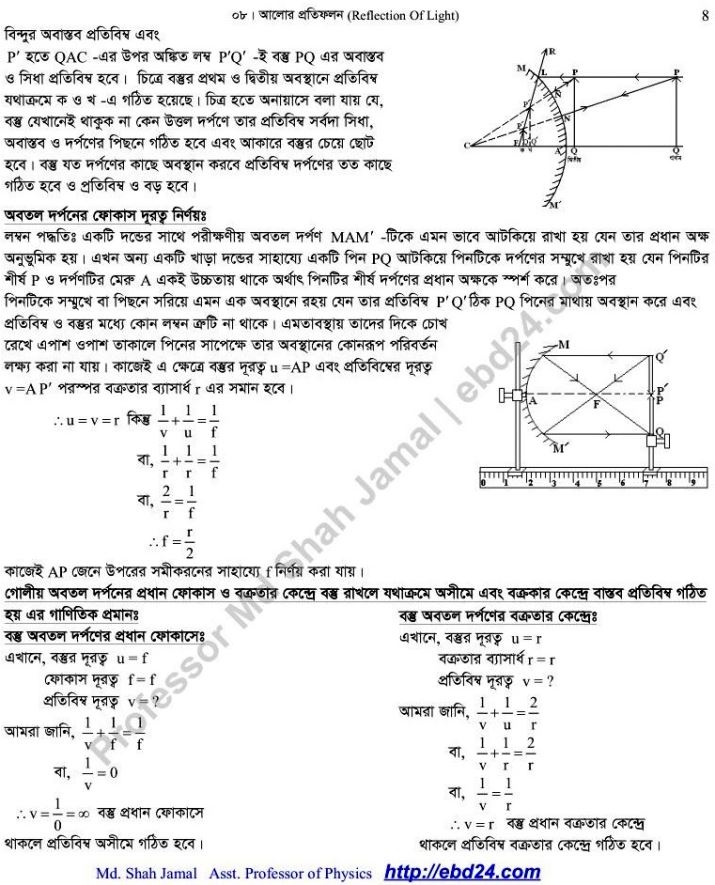 The reflection and refraction of light:

Light is a very complex phenomenon, but in many situations its behavior can be understood with a simple model based on rays and wave fronts. A ray is a thin beam of light that travels in a straight line. A wave front is the line (not necessarily straight) or surface connecting all the light that left a source at the same time. For a source like the Sun, rays radiate out in all directions; the wave fronts are spheres centered on the Sun. If the source is a long way away, the wave fronts can be treated as parallel lines.

Rays and wave fronts can generally be used to represent light when the light is interacting with objects that are much larger than the wavelength of light, which is about 500 nm. In particular, we’ll use rays and wave fronts to analyze how light interacts with mirrors and lenses.

The law of reflection:

For objects such as mirrors, with surfaces so smooth that any hills or valleys on the surface are smaller than the wavelength of light, the law of reflection applies on a large scale. All the light travelling in one direction and reflecting from the mirror is reflected in one direction; reflection from such objects is known as specular reflection.

Most objects exhibit diffuse reflection, with light being reflected in all directions. All objects obey the law of reflection on a microscopic level, but if the irregularities on the surface of an object are larger than the wavelength of light, which is usually the case, the light reflects off in all directions.

A plane mirror is simply a mirror with a flat surface; all of us use plane mirrors every day, so we’ve got plenty of experience with them. Images produced by plane mirrors have a number of properties, including:

The image produced is upright

The image is the same size as the object (i.e., the magnification is m = 1)

The image is the same distance from the mirror as the object appears to be (i.e., the image distance = the object distance)

The image is a virtual image, as opposed to a real image, because the light rays do not actually pass through the image. This also implies that an image could not be focused on a screen placed at the location where the image is.