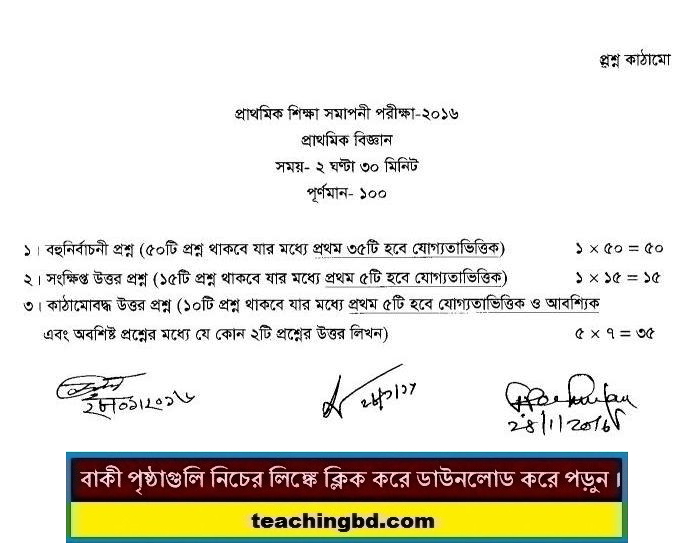 The Primary Terminal Examinations was introduced from 2009 and Ebtadayee Exams from 2010. And grade system was established on 2011. Before 2013, PSC Exam was held for 2 hours and the time has increased last year. There are 29 lakh 50thousand 193 examinees were attended the PSC Exam 2014, last year.

teachingbd24.com is such a website where you would get all kinds of necessary information regarding educational notes, suggestions and questions’ patterns of school, college and madrasahs. Particularly you will get here special notes of physics that will be immensely useful to both students and teachers. The builder of the website is Mr. Md. Shah Jamal Who has been serving for 30 years as Asst. Professor of BAF Shaheen College. He expects that this website will meet up all the needs of Bengali version learners /students. He has requested both concerned students and teachers to spread this website home and abroad.