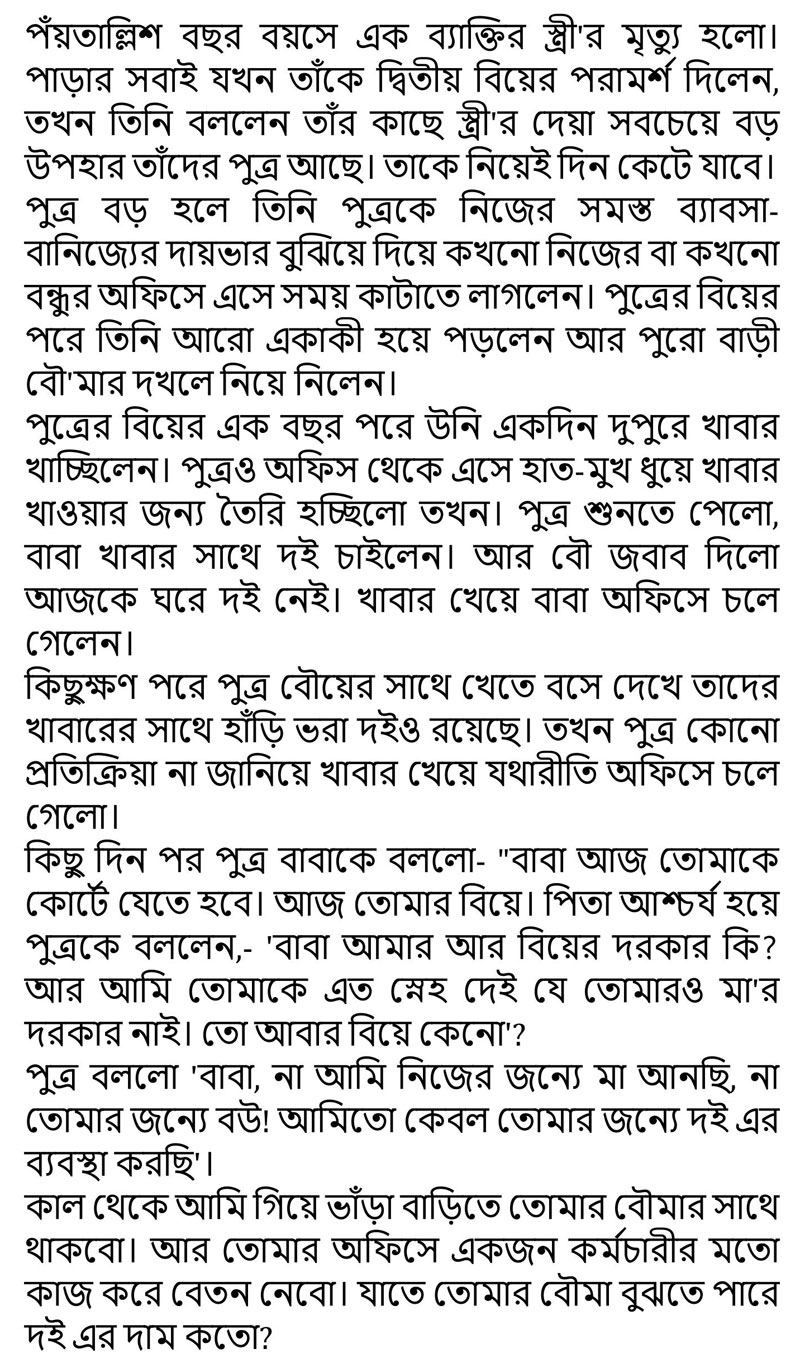 At the age of forty-five, a man’s wife died. When everyone in the neighborhood suggested a second marriage, he said that the biggest gift his wife gave him was their son. The day will pass with him.
When the son grew up, he began to spend time in his own office or in a friend’s office, explaining to him the responsibility of all his business dealings. After his son’s marriage, he became more lonely and handed over the whole house to his wife.
One year after her son’s marriage, she was having lunch one day. The son also came from the office to wash his hands and face and was getting ready to eat. The son heard the father asked for yogurt with food. And the wife replied that there was no yogurt in the house today. After eating, my father went to the office.
After a while, the son sat down to eat with his wife and saw that they also had a pot full of yogurt with their food. Then the son went to the office as usual without any reaction.
A few days later, the son said to his father, “Father, you have to go to court today. Today is your wedding.” The father was surprised and said to his son, Why marriage?
The son said, ‘Father, I am not bringing a mother for myself, nor a wife for you! I’m just making yogurt for you. ‘
From tomorrow I will go and stay with your daughter-in-law in the clown house. And I will be paid to work as an employee in your office. So that your grandmother understands the price of yogurt?

teachingbd24.com is such a website where you would get all kinds of necessary information regarding educational notes, suggestions, and questions’ patterns of school, college, and madrasahs. Particularly you will get here special notes of physics that will be immensely useful to both students and teachers. The builder of the website is Mr. Md. Shah Jamal Who has been serving for 35 years as an Asst. Professor of BAF Shaheen College. He expects that this website will meet up all the needs of Bengali version learners /students. He has requested both concerned students and teachers to spread this website home and abroad.