Gravitation, or gravity, is the natural phenomenon by which physical bodies appear to attract each other with a force proportional to their masses. It is most commonly experienced as the agent that gives weight to objects with mass and causes them to fall to the ground when dropped. The phenomenon of gravitation itself, however, is a byproduct of a more fundamental phenomenon described by general relativity, which suggests that spacetime is curved according to the energy and momentum of whatever matter and radiation are present.

Gravitation is one of the four fundamental interactions of nature, along with electromagnetism, and the nuclear strong force and weak force. In modern physics, the phenomenon of gravitation is most accurately described by the general theory of relativity by Einstein, in which the phenomenon itself is a consequence of the curvature of spacetime governing the motion of inertial objects. The simpler Newton’s law of worldwide gravitation provides an accurate approximation for most physical conditions including calculations as critical as spacecraft trajectory. 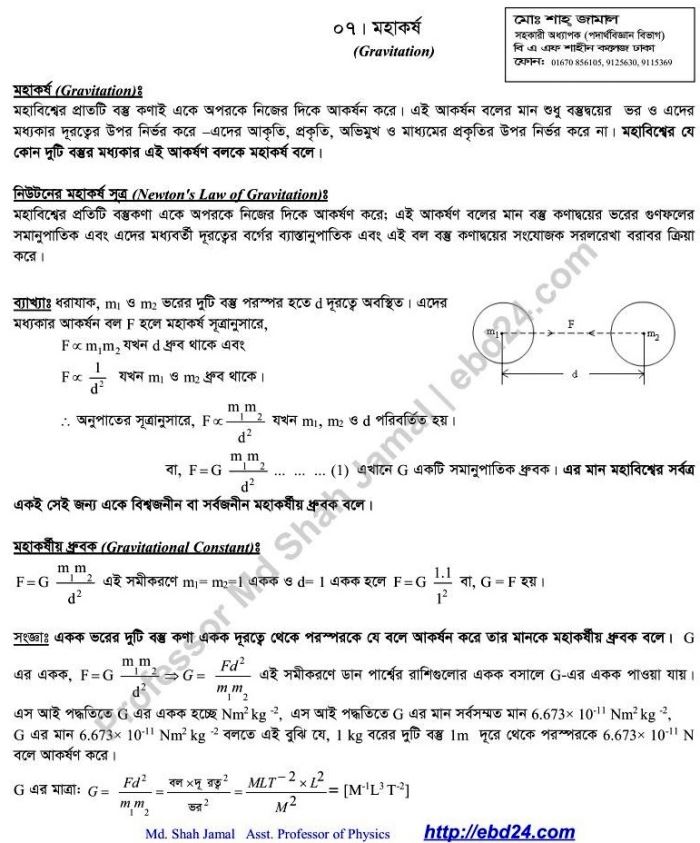 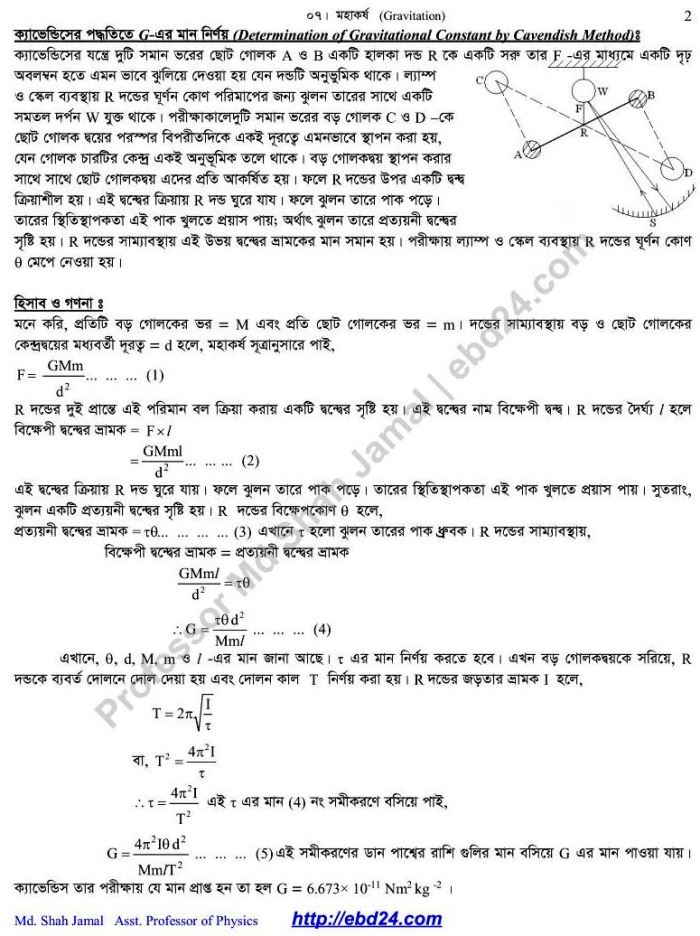 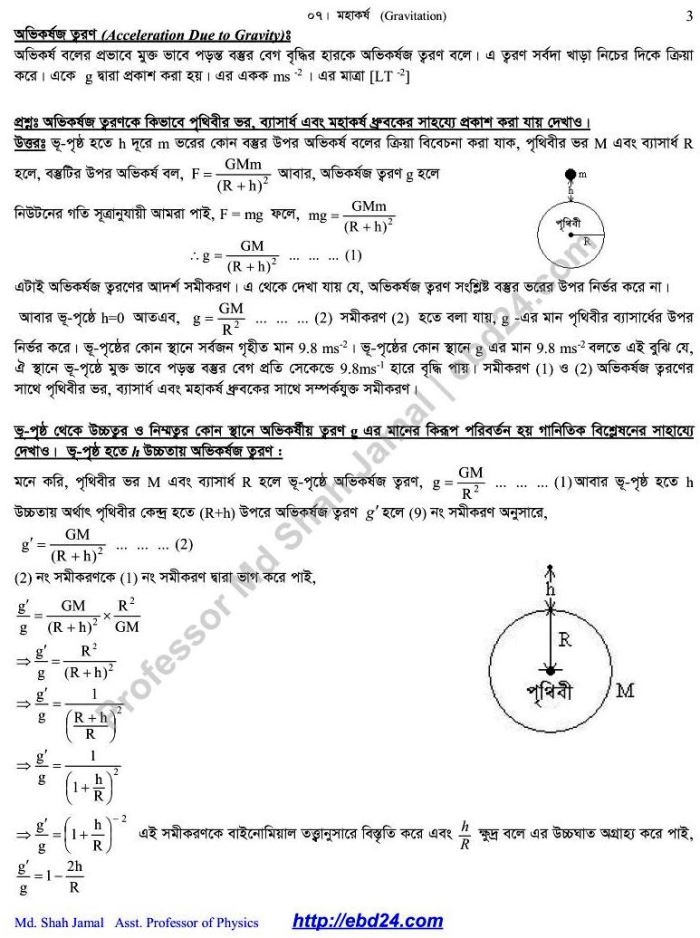 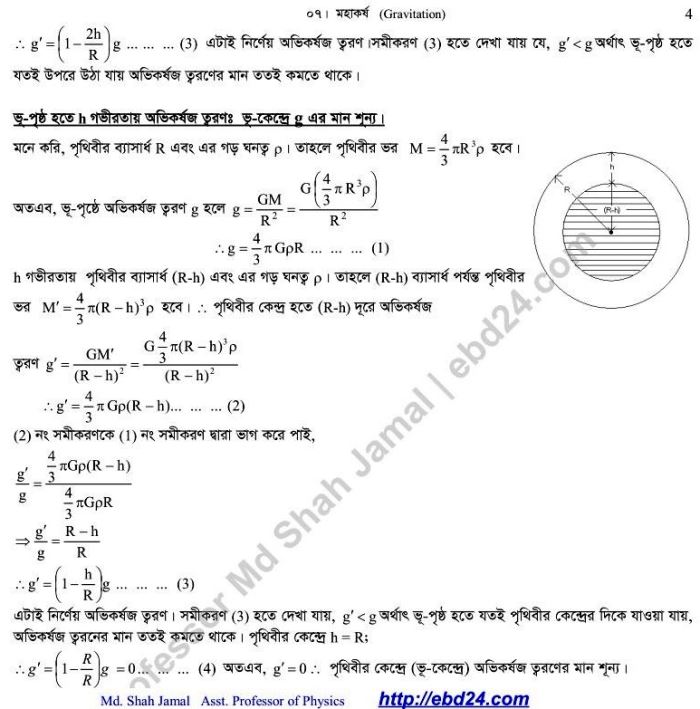 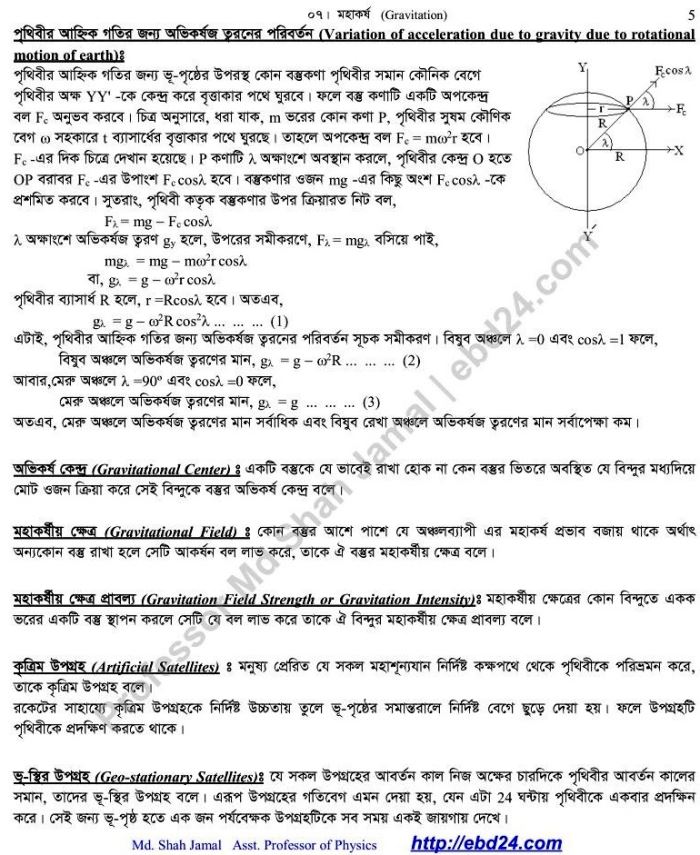 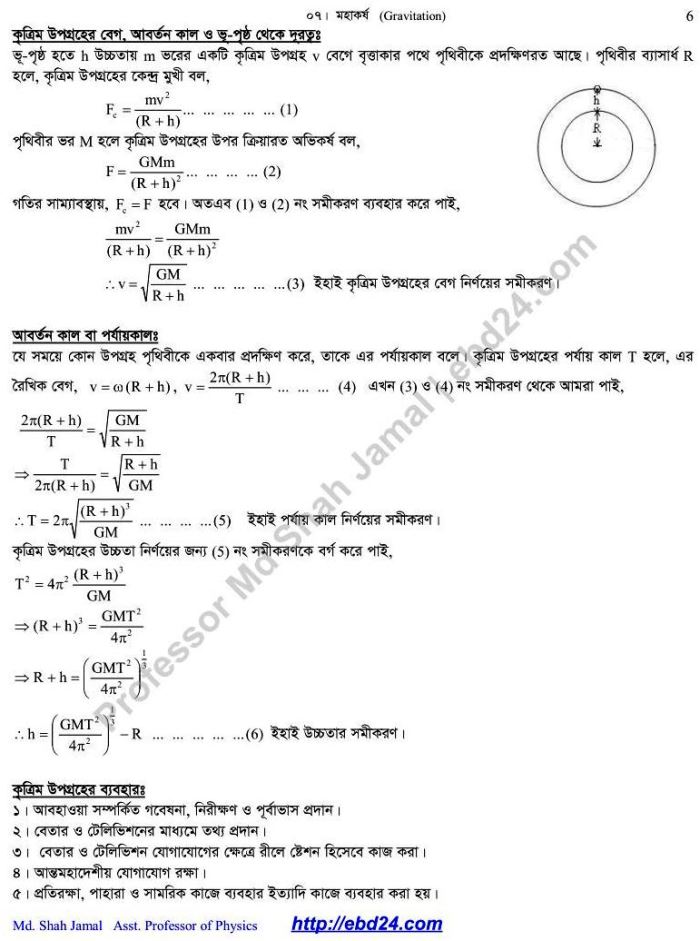 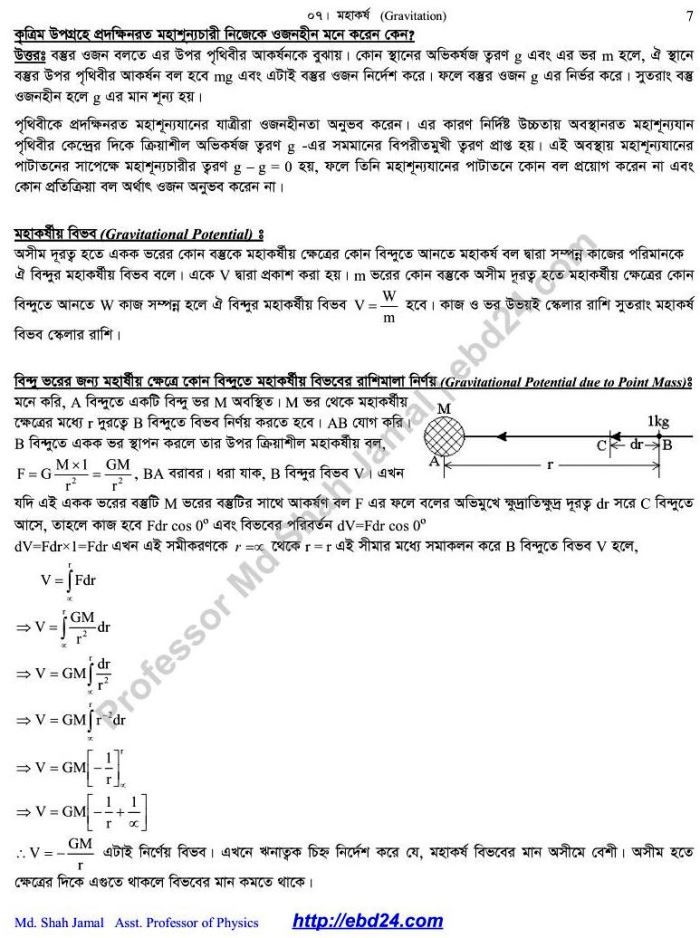 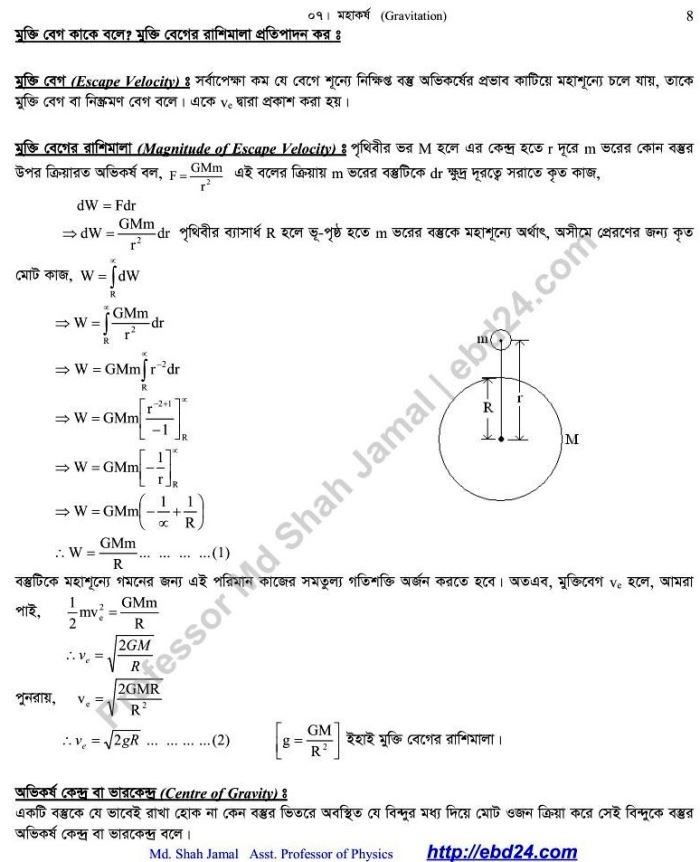 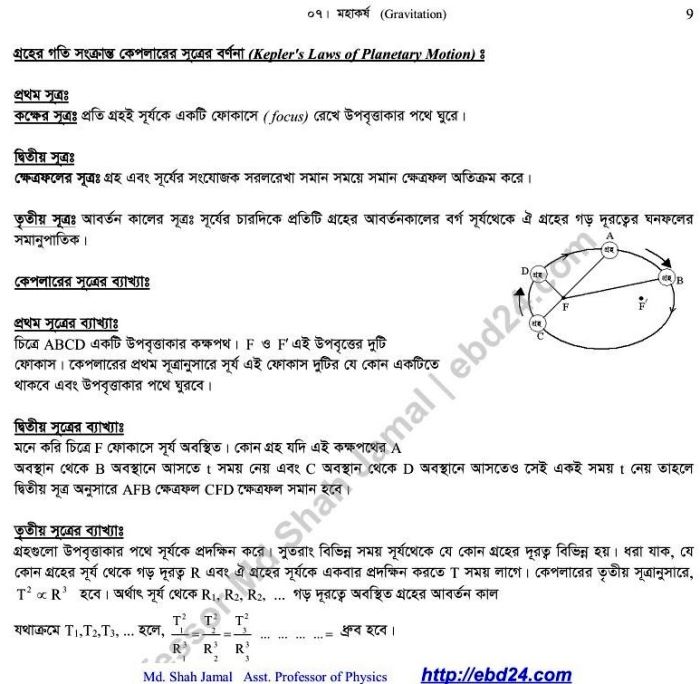 Gravitation, or gravity, is a natural phenomenon by which all physical bodies attract each other. It is most commonly experienced as the agent that gives weight to objects with mass and causes them to fall to the ground when dropped.

Gravitation is one of the four fundamental interactions of nature, along with electromagnetism, and the nuclear strong force and weak force. Gravitation is the only of these interactions that affects any matter.[1] In modern physics, the phenomenon of gravitation is most accurately described by the general theory of relativity by Einstein, in which the phenomenon itself is a consequence of the curvature of spacetime governing the motion of inertial objects. The simpler Newton’s law of universal gravitation postulates the gravity force proportional to masses of interacting bodies and inversely proportional to the square of the distance between them. It provides an accurate approximation for most physical situations including calculations as critical as spacecraft trajectory.

From a cosmological perspective, gravitation causes dispersed matter to coalesce, and coalesced matter to remain intact, thus accounting for the existence of planets, stars, galaxies and most of the macroscopic objects in the universe. It is responsible for keeping the Earth and the other planets in their orbits around the Sun; for keeping the Moon in its orbit around the Earth; for the formation of tides; for natural convection, by which fluid flow occurs under the influence of a density gradient and gravity; for heating the interiors of forming stars and planets to very high temperatures; and for various other phenomena observed on Earth and throughout the universe.

In 1687, English mathematician Sir Isaac Newton published Principia, which hypothesizes the inverse-square law of universal gravitation. In his own words, “I deduced that the forces which keep the planets in their orbs must [be] reciprocally as the squares of their distances from the centers about which they revolve: and thereby compared the force requisite to keep the Moon in her Orb with the force of gravity at the surface of the Earth; and found them answer pretty nearly.”

Newton’s theory enjoyed its greatest success when it was used to predict the existence of Neptune based on motions of Uranus that could not be accounted for by the actions of the other planets. Calculations by both John Couch Adams and Urbain Le Verrier predicted the general position of the planet, and Le Verrier’s calculations are what led Johann Gottfried Galle to the discovery of Neptune.

A discrepancy in Mercury’s orbit pointed out flaws in Newton’s theory. By the end of the 19th century, it was known that its orbit showed slight perturbations that could not be accounted for entirely under Newton’s theory, but all searches for another perturbing body (such as a planet orbiting the Sun even closer than Mercury) had been fruitless. The issue was resolved in 1915 by Albert Einstein’s new theory of general relativity, which accounted for the small discrepancy in Mercury’s orbit.

Although Newton’s theory has been superseded, most modern non-relativistic gravitational calculations are still made using Newton’s theory because it is a much simpler theory to work with than general relativity, and gives sufficiently accurate results for most applications involving sufficiently small masses, speeds and energies.

The equivalence principle, explored by a succession of researchers including Galileo, Loránd Eötvös, and Einstein, expresses the idea that all objects fall in the same way. The simplest way to test the weak equivalence principle is to drop two objects of different masses or compositions in a vacuum, and see if they hit the ground at the same time. These experiments demonstrate that all objects fall at the same rate when friction (including air resistance) is negligible. More sophisticated tests use a torsion balance of a type invented by Eötvös. Satellite experiments, for example STEP, are planned for more accurate experiments in space.

Modern work on gravitational theory began with the work of Galileo Galilei in the late 16th and early 17th centuries. In his famous (though possibly apocryphal) experiment dropping balls from the Tower of Pisa, and later with careful measurements of balls rolling down inclines, Galileo showed that gravitation accelerates all objects at the same rate. This was a major departure from Aristotle’s belief that heavier objects accelerate faster. Galileo correctly postulated air resistance as the reason that lighter objects may fall slower in an atmosphere. Galileo’s work set the stage for the formulation of Newton’s theory of gravity.

In general relativity, the effects of gravitation are ascribed to spacetime curvature instead of a force. The starting point for general relativity is the equivalence principle, which equates free fall with inertial motion, and describes free-falling inertial objects as being accelerated relative to non-inertial observers on the ground.[8][9] In Newtonian physics, however, no such acceleration can occur unless at least one of the objects is being operated on by a force.

Einstein proposed that spacetime is curved by matter, and that free-falling objects are moving along locally straight paths in curved spacetime. These straight paths are called geodesics. Like Newton’s first law of motion, Einstein’s theory states that if a force is applied on an object, it would deviate from a geodesic. For instance, we are no longer following geodesics while standing because the mechanical resistance of the Earth exerts an upward force on us, and we are non-inertial on the ground as a result. This explains why moving along the geodesics in spacetime is considered inertial.