Bengali 1st Paper Suggestion and Question Patterns of SSC Examination 2018-4. Bengali Suggestion and Question Patterns of SSC Examination 2018. Bengali is an eastern Indo-Aryan language. It is native to the region of eastern South Asia known as Bengal, which comprises present day Bangladesh, the Indian state of West Bengal, and parts of the Indian states of Tripura and Assam. It is written using the Bengali script. With about 220 million native and about 250 million total speakers, Bengali is one of the most spoken languages, ranked seventh in the world. The national song of India, the national anthem of India, and the national anthem of Bangladesh were composed in the Bengali language. 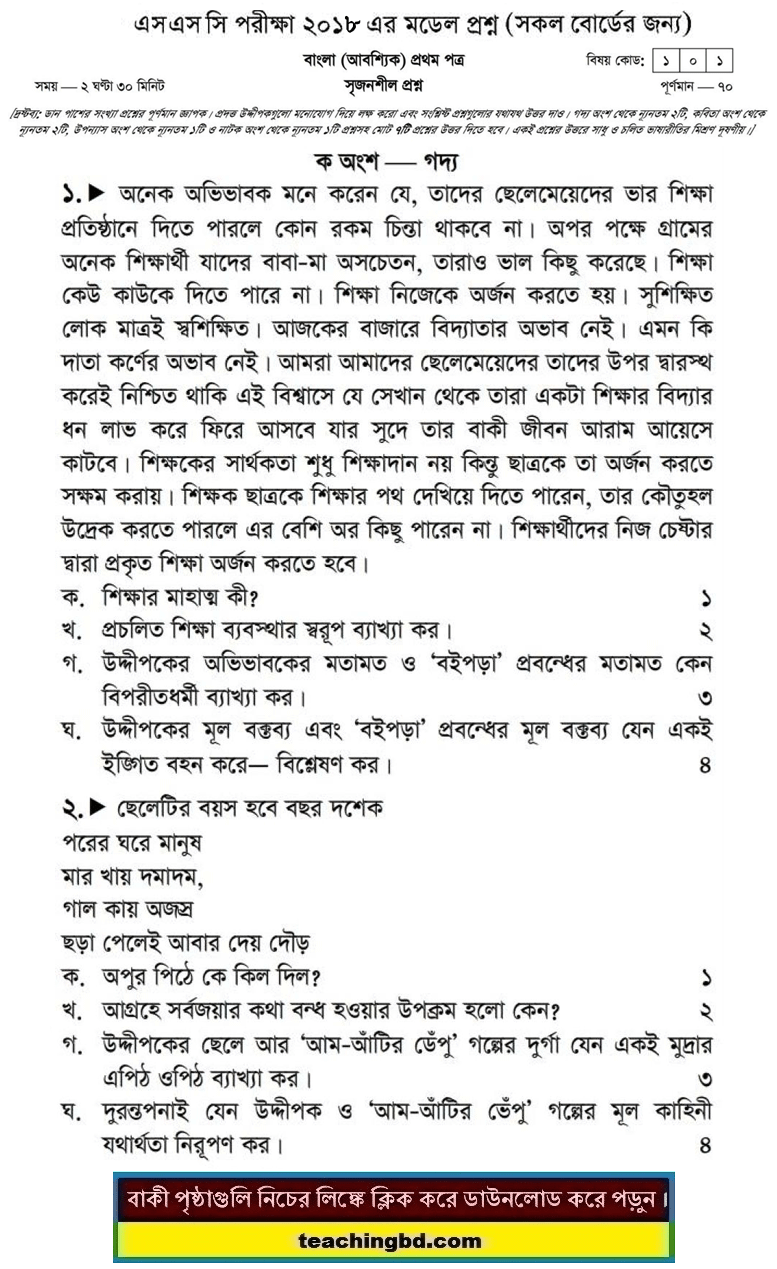